I have long had a fascination with the rugged and mountainous Mediterranean island of Corsica. Situated south east of the French mainland and north of the Italian Island of Sardinia, this small island has a big reputation. Birthplace of Napoleon, part of France with strong Italian influences, Corsica retains the status of collectivité territorial, giving its assembly limited self-governing powers.

The Island is split into two departments, Haute Corsica, and Corse-du-Sud, the capital of the island being Ajaccio, famous as the birth place of a certain Napoleon Bonaparte in 1769. Corsica has large areas of mountainous terrain. A very large National Park, which is recognized as a UNESCO Heritage site, and numerous beaches stretching the coastline.

Since I don’t wish to bore you with a complete History of Corsica, suffice to say that it has been occupied by the Greeks, the Romans, The British and the French, and whilst each has left its mark, Corsica retains an individuality which makes it neither French nor Italian.

The Wines of Corsica are gaining popularity, there are a number of producers who are starting to break away from the use of the Co-operative and produce wines which echo the terroir of the area.

Etienne Suzzoni of Clos Columbo is one such man. Producing wine in the islands oldest and driest of appellations, the Vin de Corse-Calvi, on the Balagne, situated on the North west coast. This area has been growing vines since the 13th century.

Etienne makes wine from the 55 hectares he farms, and whilst producing rosé and white wine, his reputation for the excellence of his reds is growing. Using the Nieluccio or Sangiovese as it’s better known he has created a wonderful balance between flavour and elegance.

This wine has a beautiful cherry red and purple hue, the bouquet is rich with dark fruits, and gentle spice. There are hints of wild thyme and tobacco present with a delicate hint of vanilla. A quick slurp reveals a beautiful streak of blackberry and cherry, the spice is gentle and tempers the acidity to perfection. There is a long finish which reveals subtle notes of coffee and plum. The tannins are rounded and integrated, and although drinking very well it may well benefit from further patience

This wine is exceptional, it’s a real pleasure to be able to discover hidden gems that reflect not only the beauty of the surroundings but also the individuality of the producer. This wine will pair wonderfully with grilled meats, especially lamb. However, it will also pair well with casseroles and hearty winter fair.

If you fancy something a little different to the norm, then look no further than the wines of Etienne Suzzoni – Bon Santé! 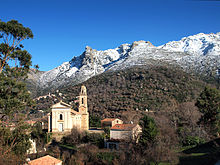 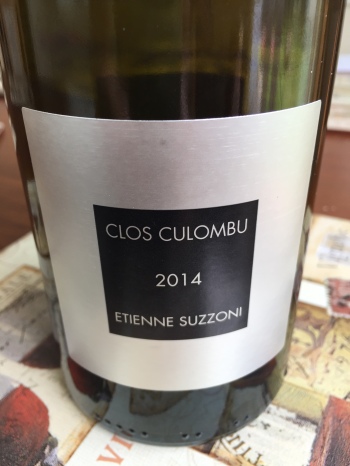